The eye of a horse is a unique portal. Considered an entry way into the animal's soul, many of us know that peculiar feeling of falling into a gaze and sensing a deeper spiritual experience.

But there’s more to a horse’s eye, the largest of any land mammal, than a majestic aura. Since The People’s Horse suffered a lacerated retina in the pasture and had her right eye removed in an emergency procedure, we believe it’s valuable for our club to understand more about how a horse sees, and what this change means for our foal.

It’s easy to imagine equine vision as similar to human perception, but how a horse sees the world is very different. (Check out this nifty simulation to see how a horse sees.) As a prey animal, horses evolved to develop acute peripheral vision, with a binocular range of nearly 360 degrees. With their distinctively large pupils, they have the ability to see all around them as they graze, staying vigilant against predators.

The average diameter of any horse's eye is nearly two inches, encasing a large and curiously oblong pupil. That horizontal quality allows them to easily sweep across any horizon, processing a tremendous amount of visual information at any one time. With lateral positioning of their eyes, they can see more at once — the flight of the faraway bird, the slight sway of the tree, the blue of the sky, another bird behind them. Perhaps it is this that allows the eye of the horse to be such a sublime gateway to the soul — they let more of the world in. 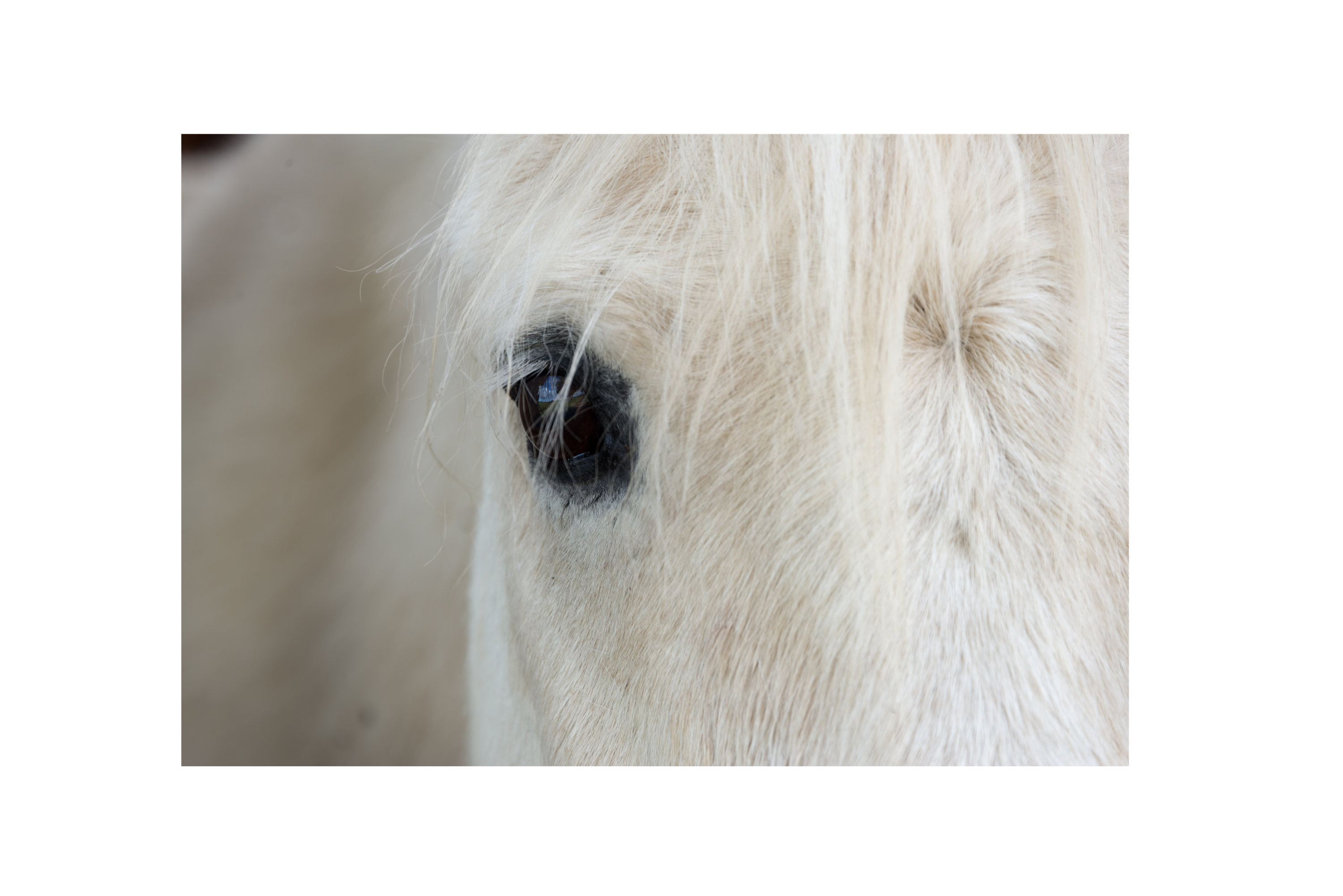 With the presence of constant threats in their history as wild animals, speed is of the essence — horses have less of a need to focus intently on a specific image, but they need to be able to discern even the slightest flicker of movement all around them. “Every millisecond of delay could mean death,” writes Janet L. Jones, a PhD and thoroughbred owner, in Equus Magazine.

Another major divergence is that horses have a much higher ratio of rods to cones. Since rods allow sight in the dark and cones process color, that means that horses have excellent night vision, while perceiving a less complex array of colors. For instance, they struggle to understand red and may view them with less vividness. 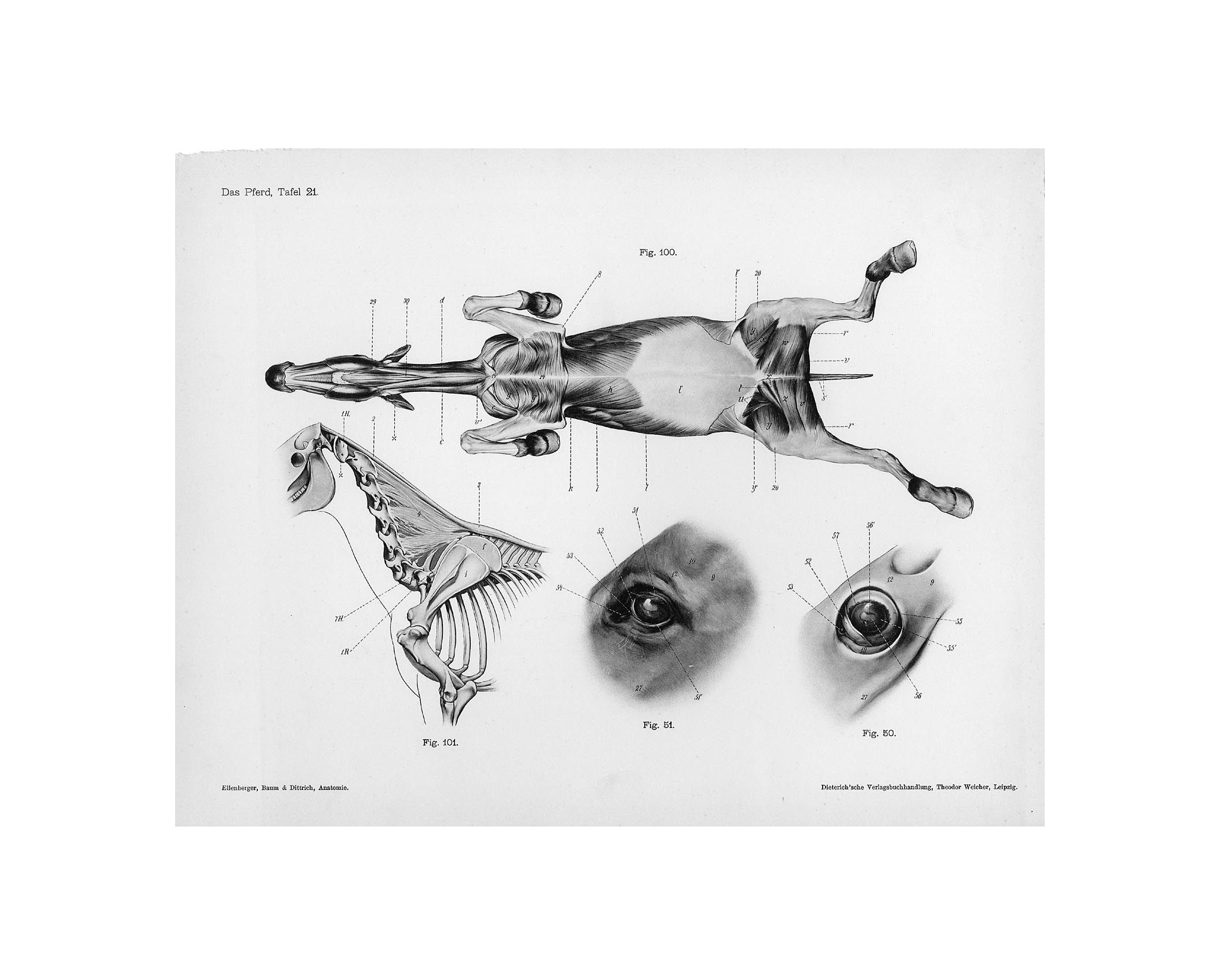 With the biggest eyes of any mammal on land, it’s not considered catastrophic for a horse to lose one eye. Because they have such a strong peripheral sense, they can see a small part of the other side. Especially when the accident happens early on, a young horse typically is able to compensate with heightened sense of smell and hearing. Taylor Made’s foaling expert, Helen Wells, has already begun working with The People’s Horse to get her acclimated to being approached on the blind side.

Whereas vision is by far the most dominant human sense, occupying over one third of our brains, it is less vital in horse cognition, where other senses play a stronger role.

“In general, the horses I have worked with directly have impressed me with how adaptable they have been with losing vision in one eye,” writes Sue McDonnell, PhD, Certified AAB, in The Horse.

On the track, some horses are fitted with blinders to focus and narrow their gaze anyway, and with assistance from a savvy jockey, our foal still has the potential to make a name for herself. She would not be the first. In 1982 the one-eyed Cassaleria finished 13th in the Kentucky Derby. Pollard’s Vision ran with a single eye in 2004, named after Seabiscuit’s trainer Red Pollard who also was blind in one eye. In 2017, Patch, sired by Belmont winner Union Rags, qualified for the Derby only a year after a mysterious infection forced him to lose an eye.

"Training a one-eyed horse is the same routine as with any other horse," Patch's trainer Ron McAnally once said.