The act of weaning — the separation of foal from mare — is a tough moment inside a horse barn. For five or as many as six months, the mother has spent her time in tight proximity with her baby. She has offered nutritious milk to strengthen her foal’s bones and she has kept a careful gaze over her young in the pasture as she interacts with other horses. Once that comforting era comes to an end, a barn can erupt in a terror of shrieks and screams.

“One starts and the others hear it and chime in,” Bob White, who runs Bonna Terra A, told us during our recent visit to the farm after sampling our bourbon over at Buffalo Trace.

We heard what he meant firsthand, as a transport truck pulled up and a mare was escorted away from her foal. The weaning of The People’s Horse was different. About three weeks ago, the management at Taylor Made felt the time had come to separate Colerful Bride and her foal, the exact timing of which is important to the health and development of both horses. If a foal nurses for too long, White pointed out, they might not learn to start eating grains and other nutrient-loaded food. Moreover, too much of mama’s milk can lead to weak bone growth.

The mother also needs to move on. As the foal gets larger, growing as much as three pounds per day, the stall they share can become cramped, frustrating the larger mare. Like children and parents, both simply need space. And so the plan was made — to wean our foal and move Colerful Bride to a larger pasture with other mares. 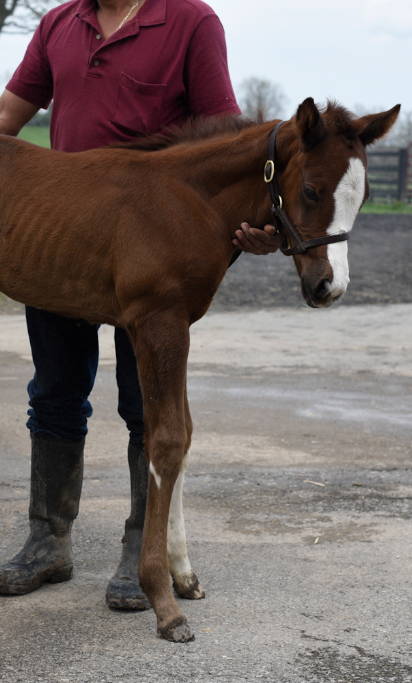 The weaning, according to White, was unusual. In the morning, the grooms arrived to remove Colerful Bride and take her to another barn. The People’s Horse was asleep. The grooms stepped into the stall, attached a leather strap to Colerful’s bridle, walked her through the barn to a waiting transport van, then drove away.

Inside the stall, our foal did not move. She kept sleeping.

“She’s the champion of sleepers on the farm,” said Steve Avery, who runs the foaling operation at Taylor Made.

The separation of foal and mother among horses, of course, is a far different experience than those of humans. The effect on the foal generally lasts around two or three days, White told us. They enter the pastures alone and look to orient and ally themselves among other weanlings. But it’s all part of the growth process, and successful racehorses need to feel comfortable navigating the world on their own.

The dams or mothers recover quickly too. Often, they come to resent larger foals who take up space in their stalls. Liberated and alone in their own pastures, the mothers of these horses also continue to grow. What’s more, White says, the memories of the animals quickly fade.

“AFTER A WHILE, WE COULD PUT THE FOAL AND THE MOTHER IN THE SAME PASTURE AND THEY WOULDN'T EVEN RECOGNIZE EACH OTHER," HE SAID.

Despite her extremely laid back nature and curious demeanor, Duncan Taylor, President of Taylor Made thinks it’s too early to tell if she has speed and determination. “We have no way of predicting yet what kind of racehorse she will be,” he said. 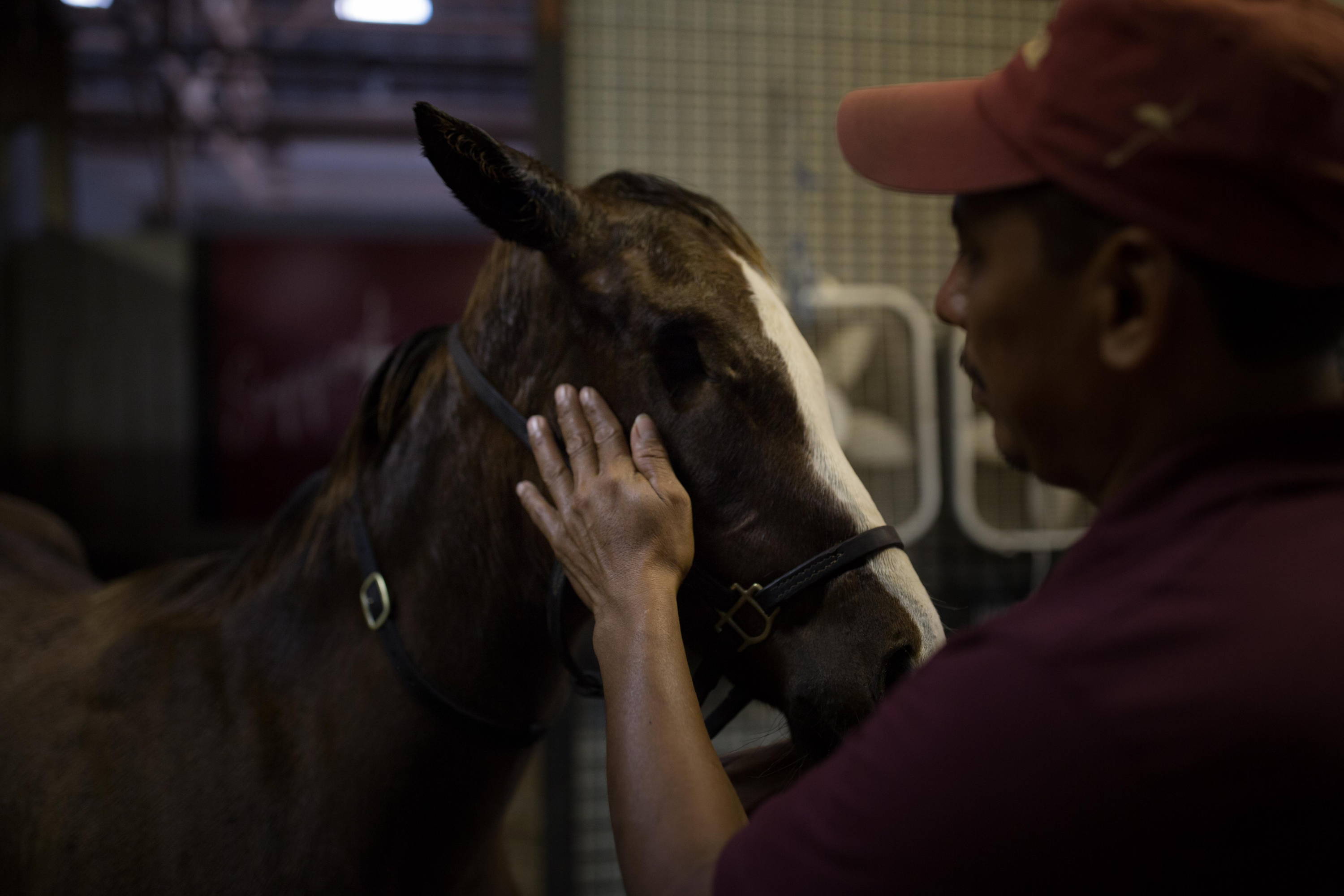 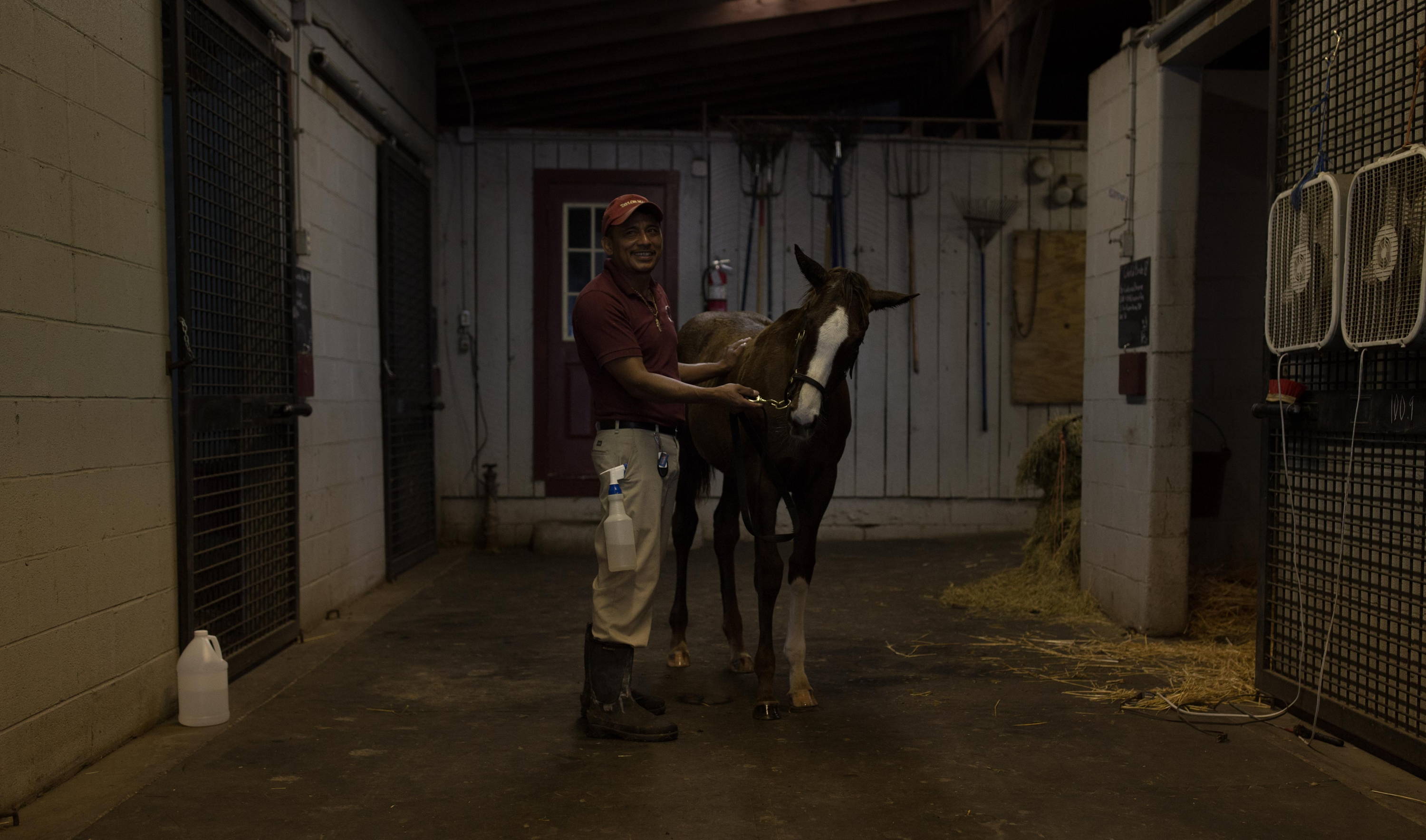 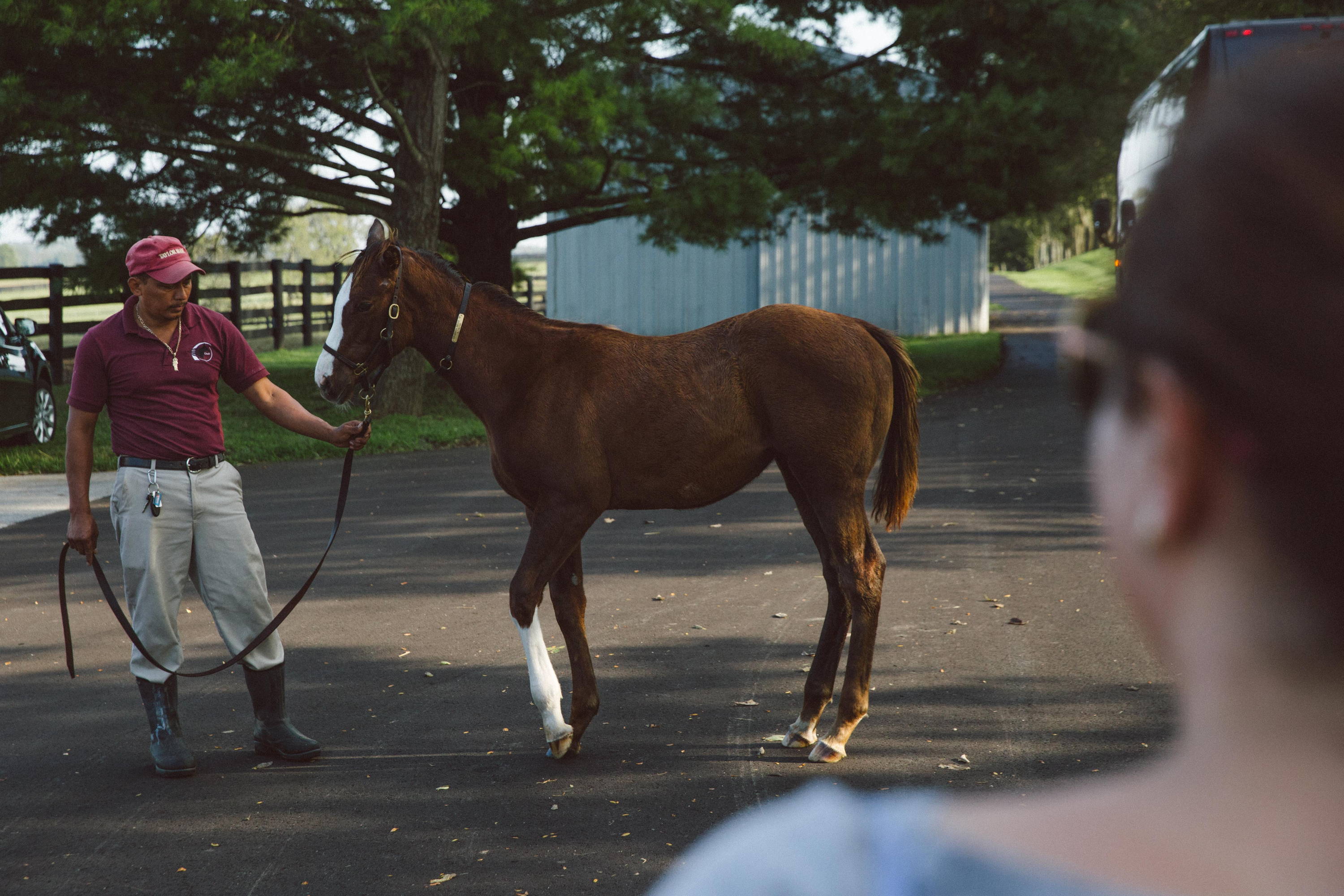 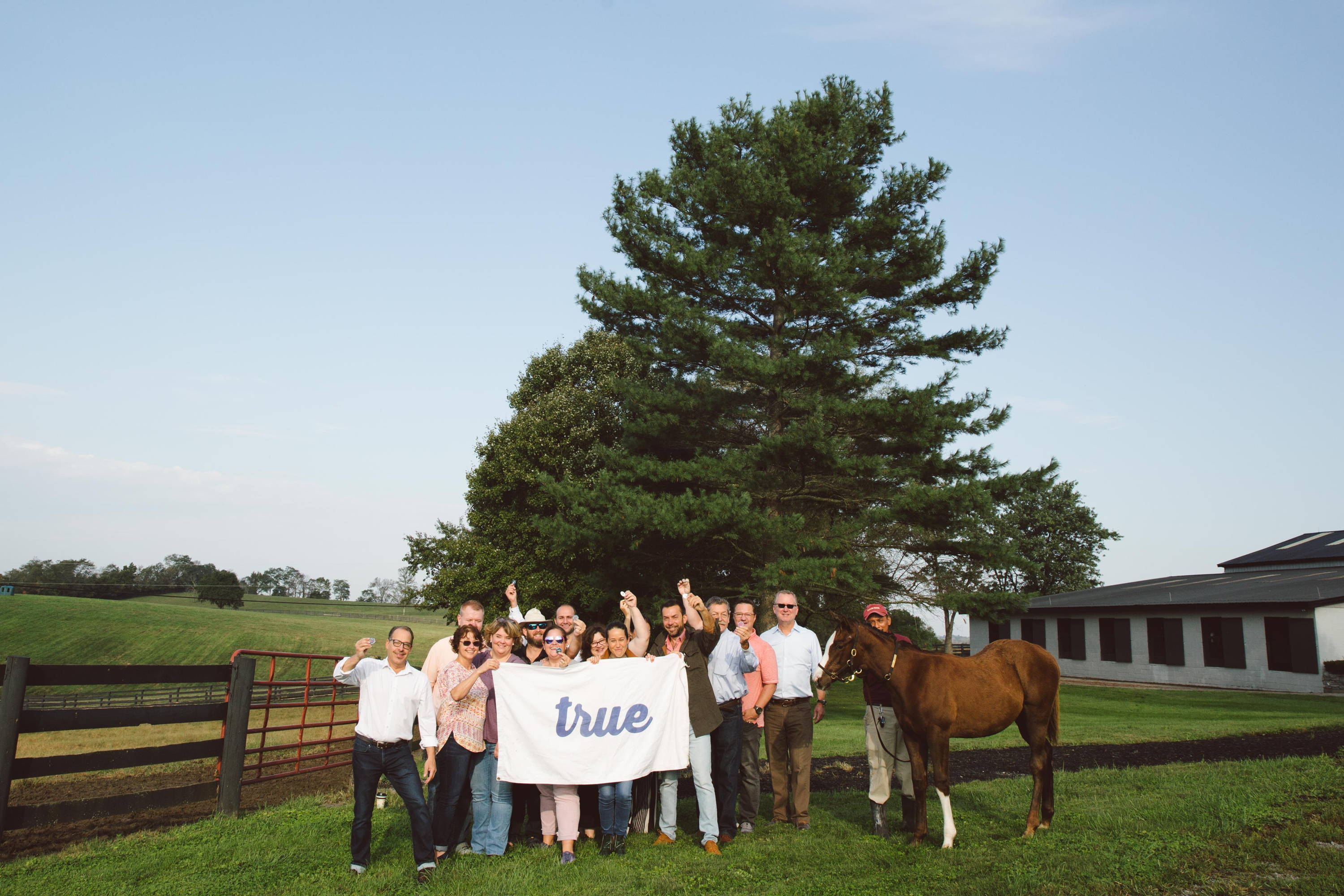 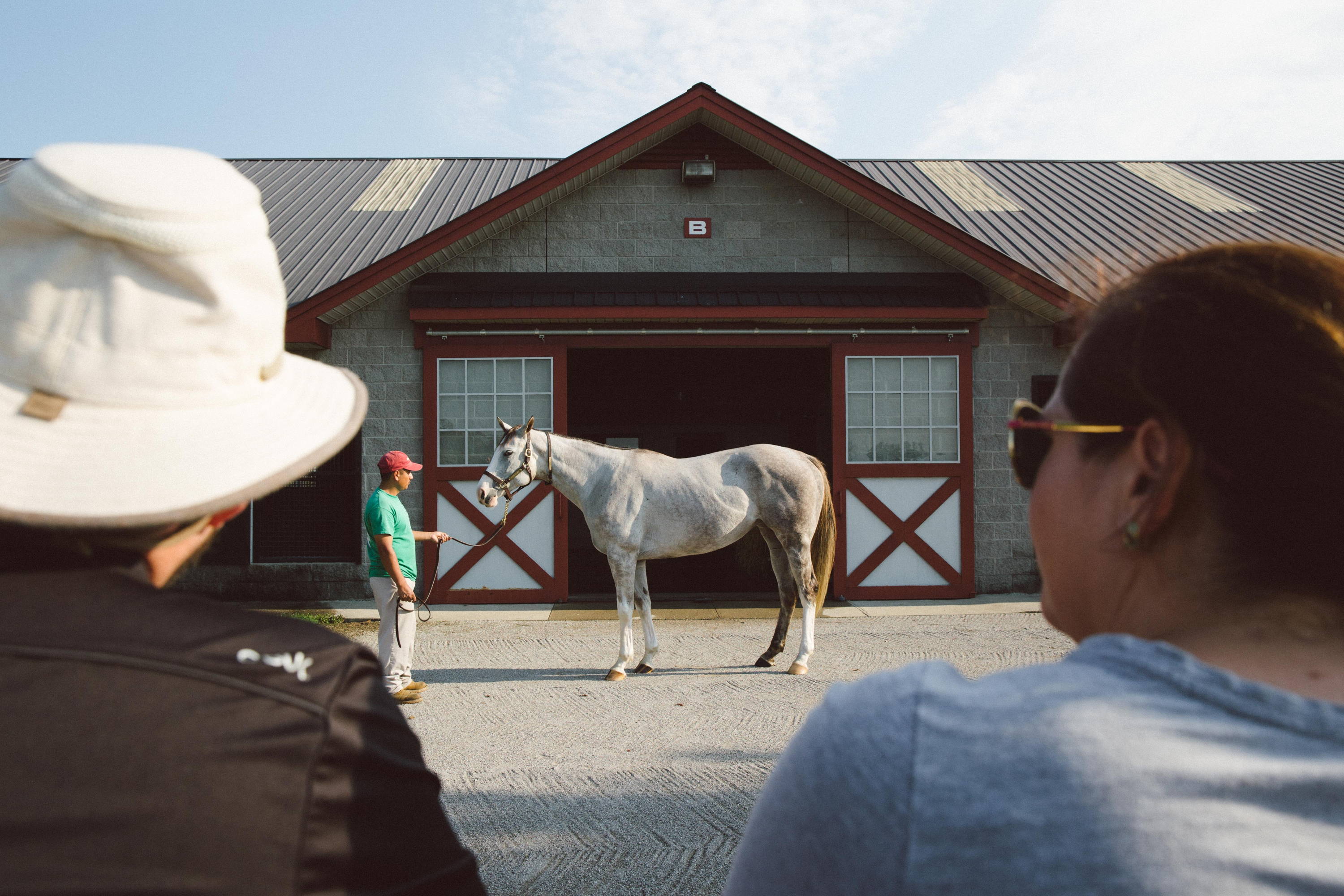